10 Signs and Symptoms of Anxiety Disorder Did you know that an anxiety disorder is highly treatable yet only 36% of those suffering from it receive treatment? And this is because it is a rational response to the things that we experience every day, such as; relocating a house, traveling for more hours, or financial issues.

But, when the signs and symptoms become more prominent, they develop into an anxiety disorder. At this stage one requires to seek a doctor for the disease to be appropriately managed.

This article will bring to the light ten signs and symptoms of an anxiety disorder. Let’s get down to discussing them.

It is common in teenagers and children.

A study done in several children who reported to have an anxiety disorder proves that the majority of them had restlessness as the main symptom of anxiety.

However, restlessness doesn’t manifest in most of the people who have anxiety. Therefore, if you are experiencing restlessness most of the times, you should consider paying a visit to the doctor because that could be a sign of you having anxiety.

It is one of the symptoms of having an anxiety disorder. To consider the excessive worrying as a symptom of anxiety disorder, it must have been happening at least for a period of 6 months.

Also, it must be very intense and disturbing, hence making it hard for one to have a total concentration of the work they are doing.

Did you know that those people who are below the age of 65 years are at high risk of developing an anxiety disorder? Yes, that is true! Mostly for those who are single, since they have many things that bring stress in their life.

Research that has been done have found that those people with an anxiety disorder, they reduce their arousal slowly as compared to those who don’t. Therefore, this means that they will experience the anxiety effect for a long time.

When you are anxious, you may have a high heartbeat rate, you may be sweating a lot, and are also having a dry mouth. This results because your brain has sensed trouble or danger, and this is a way of making your body ready to respond to the threat.

Moreover, when the fear is just on your head, it can be weakened; hence it will not be helpful especially in times of trouble.

Insomnia is common for those people who have an anxiety disorder.

A research concludes that people who had sleep problems while they were children are related to developing anxiety problems later in life. 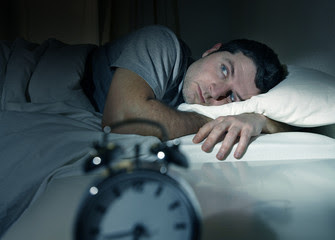 Panic attacks generate more feeling of fear, is associated with physical signs that are not pleasant.

An appraisal of 22% of adults will have a panic attack at a given point in life, and only 3% will have to experience these attacks.

Majority of individuals who suffer from anxiety disorder, they experience high irritability.

A research study that done recently suggests that the people who suffer from anxiety problems reported having a high feeling of irritability, mainly when their disorder was at the peak.

It has said that curing tension of the muscles through muscle relaxation therapy, aids in reducing distress in those people who have an anxiety disorder.

Did you know that fatigue is one of the symptoms of an anxiety disorder? Now you know, and it is followed by intensive worrying.

Nevertheless, you should know that fatigue might be a sign of depression or other medical problems. That’s why it will be best for you to seek medical attention when you feel fatigued more.

Difficulty in concentrating is an indicator of an anxiety disorder.

A study done for teenagers and children who suffer from an anxiety disorder found that almost all of them had a problem concentrating.

Another research was done in more than 180 adults, who suffer from  an anxiety disorder, concludes that the majority of them at 90% experience hardship concentrating.

When you have an extremely irrational fear that hinders your standard functionality is a symptom of having a phobia. 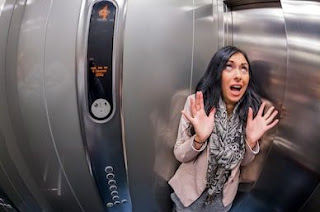 There are several types of phobia, they include, injections, heights, animals, and also when left alone.

It is said that such kind of Phobia’s  are more in women than men and they develop when they are teenagers or children.

No matter which kind of anxiety disorder you suffer from, you will be able to get treated. When you develop these symptoms and signs that have been mentioned above, do not hesitate to seek medical attention from a credited clinic. Get Quality Zorb Balls and Full Lace Wigs on Kameymall Best Tips to Get Well Toned and Slim Arms Some Amazing Benefits of Garlic Wear a Shape Wear to Enhance Your Beauty

6 thoughts on “10 Signs and Symptoms of Anxiety Disorder”